By  The Saw Guy

If you are planning on doing some DIY work around the home, do you use softwood or hardwood? If you are a beginner to the world of wood then don't worry too much, because other than joiners, carpenters or kitchen and furniture makers, most other people don't have a clue, and probably don't care a great deal either.

If you wander into a local builder's supplier, or a DIY store like B&Q, Screwfix, Wickes etc you will be met with an array of different types of woods, sometimes called lumber or timber, in a whole range of sizes, lengths, breadths, and thicknesses. Without any knowledge, you truly can be left scratching your head.

The good news is that if you read through the information below, you will understand that all of those offerings will either be softwood or hardwood. That is why we think understanding the differences between softwood and hardwoods is a very good place to start.

Softwood is sourced from all across the world and accounts for about 80% of the production of all timber. The main suppliers are North America, Russia, China and the Scandinavian countries. Softwood is mainly used in the construction industry as a structural timber and often as a finishing timber.

When you look through any DIY store or builders you should notice that the majority of wood on sale will be softwood. That is because it is cheaper to buy and easier to work with. You can easily recognise it as the softwood is a light colour with a fairly loose grain.

Hardwood is also sourced from all across the world and accounts for about 20% of the production of all timber. The main suppliers are China North America, India, Brazil and Canada. Hardwood is used to make furniture, boats, veneers, flooring and also used in the construction industry.

Hardwoods are always a dark colour and they have a tight and more dense looking grain. It will last longer than softwoods but are harder to saw, harder to drill through and much harder to screw into. On average you will find that hardwoods are 3-4 times the price of a similar piece of softwood.

Softwoods vs Hardwoods - The Key Differences

The obvious answer is that softwoods are soft and hardwoods are hard. As a general rule that is true, however like most general rules, there are a few softwoods that are actually harder than hardwoods.as an example the wood from a Yew tree is harder then many hardwoods. Likewise the Balsa tree is a hardwood tree but softer than many softwoods.

Hardwoods grow much slower than softwoods and simply because of that, the wood is denser or thicker. That makes hardwood stronger and harder to cut or drill through.

Softwoods are more popular as the wood is much easier to work with. It's an interesting fact that there are more hardwood trees in the world that softwood, yet 80% of all wood used is softwood. That is mainly because how much easier it is toy work with.

The video below explains this difference really well. It also contains an explanation of the Janka Hardness Test, a recognised method of defining exactly how hard a wood is.

As a general rule you can see that hardwoods are more dense than softwoods with the odd exception.

Uses of Hardwoods and Softwoods

Both hardwoods and softwoods are used for the same purposes in the construction industry. Softwoods tend to be used for doors, windows, internal construction such as stud walls, rafters etc. They are also used to make paper. Pine is one of the most popular softwoods.

Hardwoods tend to be used in construction where a construction is being built to last and is very popular for real wood floors, expensive furniture such as tables, chairs, cabinets, supporting beams, frames, boat building etc.

For the vast majority of tasks, jobs and projects around the home you will end up using softwoods. Even for outside jobs like fences, decks and sheds softwood is still the most popular choice. The main difference there is that the softwood will be pressure treated to help it from absorbing rain water. That tends to make the colour change to a light dull green colour. 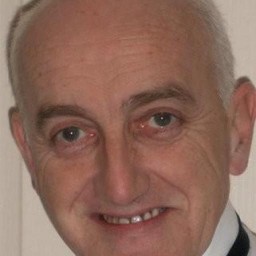 We review the different types of powers saws on the UK market. We do a lot of research to make sure we bring you the very latest information and reviews on the full range of mitre, circular, chop, reciprocating and jigsaws.

This website uses cookies to improve your experience while you navigate through the website. Out of these, the cookies that are categorized as necessary are stored on your browser as they are essential for the working of basic functionalities of the website. We also use third-party cookies that help us analyze and understand how you use this website. These cookies will be stored in your browser only with your consent. You also have the option to opt-out of these cookies. But opting out of some of these cookies may affect your browsing experience.
Necessary Always Enabled
Necessary cookies are absolutely essential for the website to function properly. This category only includes cookies that ensures basic functionalities and security features of the website. These cookies do not store any personal information.
Non-necessary
Any cookies that may not be particularly necessary for the website to function and is used specifically to collect user personal data via analytics, ads, other embedded contents are termed as non-necessary cookies. It is mandatory to procure user consent prior to running these cookies on your website.
SAVE & ACCEPT